When I first started shooting photos I really had no idea what I was doing. I remember when I got my first mirrorless camera, I remember it like it was yesterday! I purchased a Sony Nex-3 which I ended up returning after a week, I wasn’t happy with the quality of my photos and blamed the results on the camera. A few months later I was able to get a Sony Nex-6 for a great deal, I was super excited to start shooting! After playing around with the Nex-6 for a couple days I ended up putting it away and not picking it up for about a month. I am not sure what led to the upcoming events but I am grateful that they took place. I decided to commit to myself to go shoot the sunset with no excuses! I chose a spot off the Courtney Campbell Causeway. I must have taken 700-800 shots and I was super stoked to get home and start editing them. I downloaded a 30 day free trial of Lightroom and attempted to start editing my photos. (I had no clue on what to do, so I resorted to YouTube) After hours of trial and error, I ended up with a couple images that I actually liked. 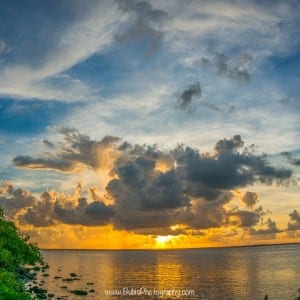 This was the first time I felt a passion for photography, I was very proud of this photo! That was until I started to share it on social media sites and realized how many issues this photo had but I wasn’t about to put my camera away again. I made a promise to myself and I was going to keep it! From that day on I started shooting 1-2 times a day, 5-6 times a week. It was difficult at first due to my work schedule (I work 6 days a week) but I stuck to it and the results were well worth the sacrifice!